Marshland Credit Union consistently serves its members with the high-quality and professional service they look for in a financial institution. Marshland Credit Union is a not-for-profit organization. This means that any profits made by the credit union are returned to the member in the form of lower rates on loans, higher dividends on savings, and a long list of convenient services. At Marshland, serving you is the heart of our business. 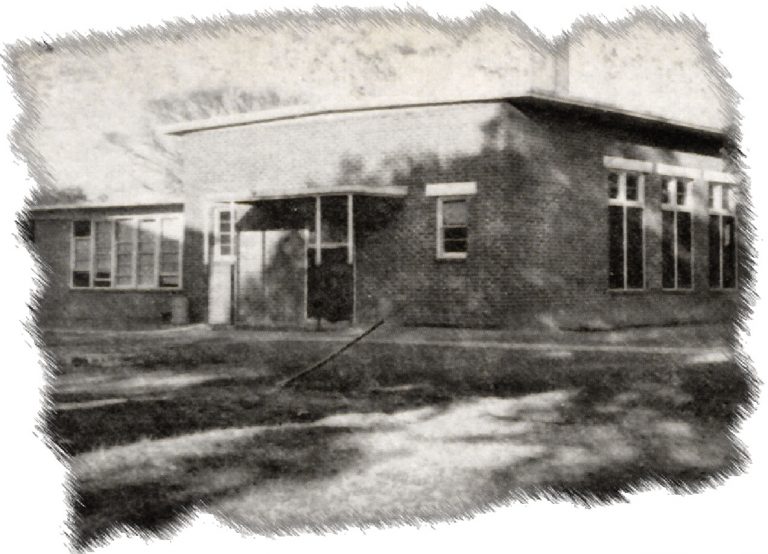 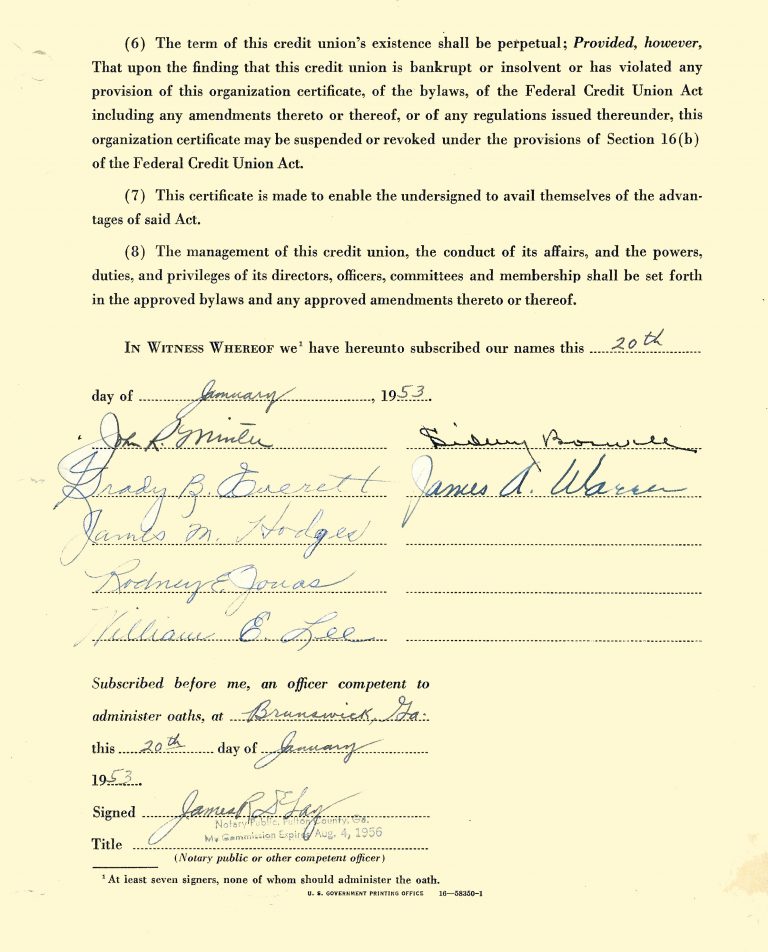 On January 20, 1953 Glynn Teachers Federal Credit Union organized to serve educators of the Glynn County School System and their families. The first credit union office was in the Wolfe Street Building on the campus of Glynn Academy. James M. Hodges was the first manager and one of seven members. The seven charter members were Wade R. Harrison, John R. Minter, Grady B. Everett, James M. Hodges, Rodney E. Jonas, William Lee and James A. Warren.

In February of that year, a Board of Directors was started along with a Credit Committee and a Supervisory Committee. The Board of Directors was formed to make decisions for the credit union in the best interest of the members. The board consisted of five credit union members. These members were Grady Everett, Sidney Boswell, John R. Minter, J.S. Wilkerson and James M. Hodges. The Credit Committee consisted of O.D. Lunsford, Wilma Brown and Leon J. Lomack. And the Supervisory Committee which is still around now was complete with Rose Moore, Rodney Jonas and Paul Kerr. In 1954, the Nominating Committee was formed to give the members a fair vote of who should speak for the members. The first member of the Nominating Committee was James A. Warren.

Delbert Griffin was the first full-time manager, starting work in January 1968. The credit union constructed its first free-standing office in 1975 at 2524 Stadium Street in Brunswick.

Glynn Teachers FCU continued to grow and in 1993, we broke ground on a new main office at 3650 Community Road in Brunswick. On May 1, 1998 Glynn Teachers FCU was granted a community charter by NCUA and offices were opened in Nahunta and Darien shortly after. In December of 2000, GTFCU opened an office in St. Simons Island located in the Winn-Dixie shopping center. And in November of 2001, the Community Road location expanded to include a new Operations Center, housing the accounting department, a telephone call center, and the Information Technology Department.

With the rapid growth of membership and technology, Glynn-Net, an internet account access program, was introduced in December 2002. On March 27, 2006, Glynn Teachers Federal Credit Union changed its name to Marshland Community Federal Credit Union to properly reflect the credit union’s membership. Glynn Teachers began as a credit union for educators but was now a credit union for everyone in Glynn, McIntosh and Brantley Counties. The new name, Marshland Credit Union more accurately represents who and where we are.

In 2020, Marshland converted from a Federal to a State Charter. This would allow Marshland to serve other counties in Georgia.

Marshland Credit Union's Vision Statement:  To always be the financial partner you can trust!